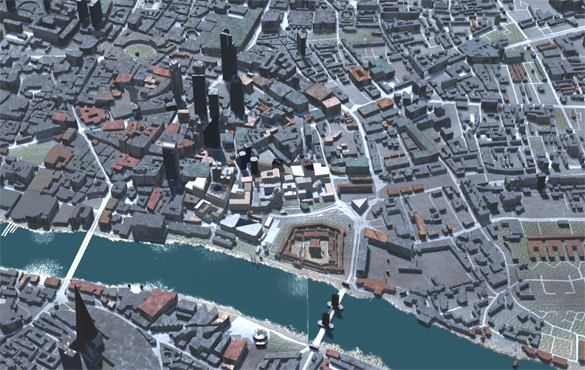 Broken Civilization is played in an area of the city of London. And one of the key features of the game is the realistic 3D map of London. The map you can see in the Drone View, is a realistic model of a real London neighborhood. The player will control their operations from this perspective, with this realistic map feature as the setting.

This was done using real GIS data from OpenStreetMap, which provided us real street mapping and building height data, which we polished in 3D modelling software.

Apart from the fact that it is really a really cool feature (playing in a recognizable city map), this will allow us to include other famous cities in the future, such as New York, Los Angeles, São Paulo, Tel Aviv… or any other city that has been mapped in GIS data.